On the web, you’ll find endless articles on crypto - especially Bitcoin, going into the specifics of what it is and how to get involved in trading it. However, these articles can often be confusing and too high-level for the non-geeky readers. This article will dumb everything down as much as possible so you can maybe understand cryptocurrency in a more abstract way.

Cryptocurrency is what it sounds like - computer money. It is made by people, stored and traded digitally, and usually is not under the influence of the government. People are so interested about it because it screams “technology” and it fluctuates so much that an investor could gain (or lose) huge overnight.

Popular cryptocurrencies include big names like Bitcoin, Ethereum, Litecoin, Dogecoin, and more. Their values are determined by their supply and demand, just like any other product in the economy. Taking Bitcoin as an example, the more Bitcoins farmed, the higher the supply, and thus the lower the value per Bitcoin.

How does one increase their supply of Bitcoins?

As you probably have heard before, you gain Bitcoin by mining them. But how does it work? A very simplified wording can be as follows:

You’re essentially giving a bit of your computer’s functionality to help support Bitcoin, and in return, you get Bitcoin for your contributions.

Once a Bitcoin is mined, where does it go? This is where the famous and mysterious term “BLOCKCHAIN” comes in.

Blockchain is a kind of database (something that stores information for digital purposes). It stores data in a way that chunks are “chained” together by appending new data to the next block, connecting everything in chronological order, hence the name. Blockchain is simply the network on which Bitcoins and many other cryptocurrencies use to STORE THEIR CRYPTOCURRENCY. 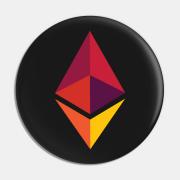 Good job on writing this!